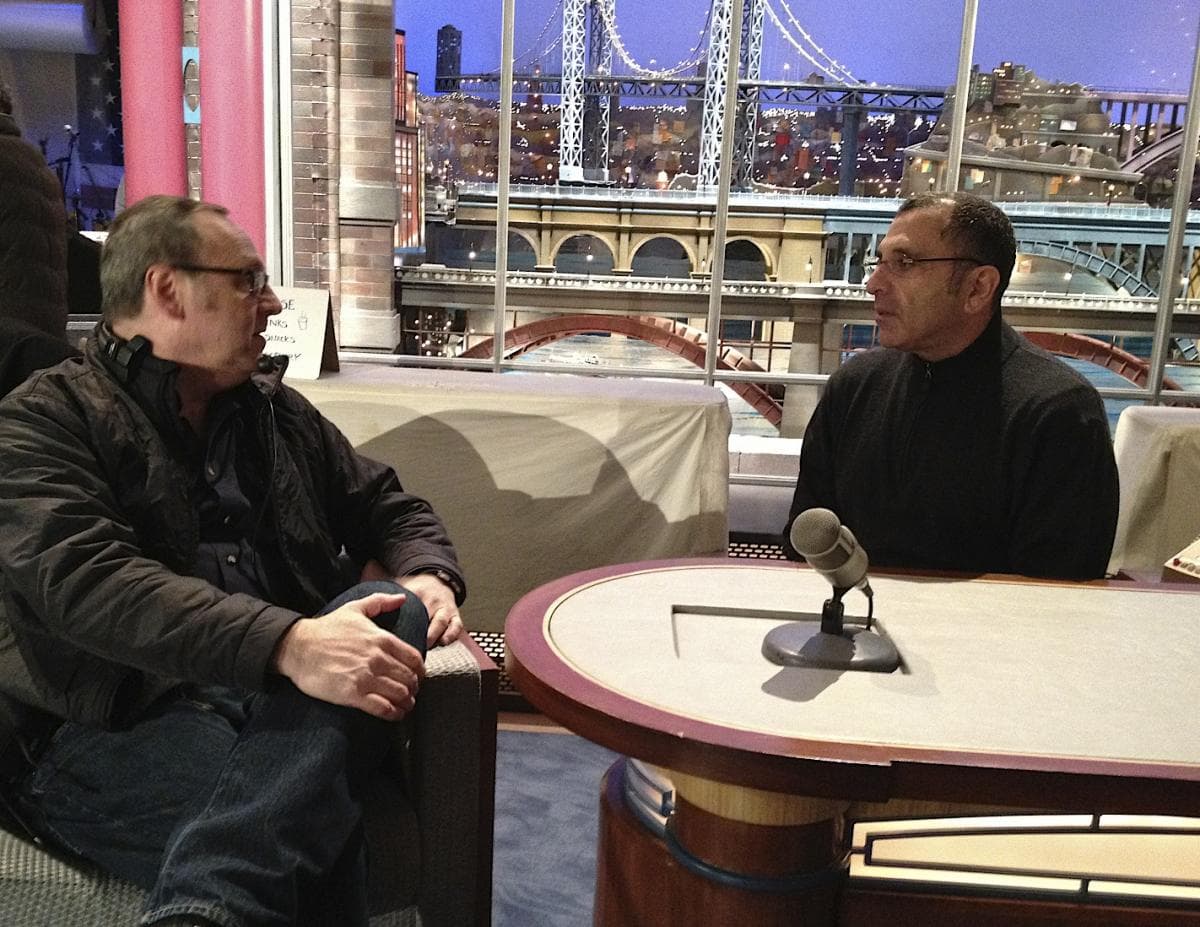 {Marty and our friend Mark on the set of David Letterman}

“It’s not fair”. Those are some of the first words we hear on the playground. To be honest most of us have said that within the last 6 months. For many, fairness is considered an American right. We work hard to be fair and to be perceived as fair whether in business or in our personal life. We listen to both sides of an argument, no matter how ridicules the other side might be, just to be fair. Americans are obsessed with being fair.

When my brother and I were little, my mother almost wore herself out trying to be fair. Every time she cut a piece of cake or divided an apple her main goal was to avoid hearing, “it’s not fair, she/he always gets the biggest piece”. To my mother’s credit, she was able to solve that problem when we became old enough to handle shape knives.  She would hand the knife to me and explain, you may cut the brownie in two but your brother gets to choose which one he wants. I quickly learned to divide the brownie evenly knowing that any failure to be “fair” on my part would result in me ending up with the smaller brownie.

I know that life is not fair. I get it. I even get a bit annoyed when some guy on TV talks about the court system or Congress trying to work out a “fair deal” Don’t these guys know life is not fair. I don’t consider myself an individual who is obsessed with making life fair. I also know that I have been blessed in my life and should never begrudge another the blessings they receive but I can no longer contain myself. I must shout! IT’S NOT FAIR. It is not fair that men can lose weight faster and easier than women.

Four months ago, Marty and I started an exercise and weight loss programs. Today Marty is down 40 pounds and I am down 15 pounds. Almost three to one. It’s just not fair. I do all the grocery shopping, I prepare healthy meals and I even make Marty’s lunch to take to work. We eat the same things…no, that is not true…I eat LESS than Marty. I don’t drink alcohol or eat desserts. But the weight just falls off him and me? I struggle to lose a half a pound a week.

We are using Weight Watchers on-line system. Each time I put my half-pound loss in the system, it says, “Good Job, keep up the good work”. Yeah, right.  But when Marty puts in his weight loss it says, “We recommend that you lose only two pounds a week. Maybe you should slow down.”  Slow down?! I have never had anyone, man or machine, tell me to slow down. It’s not fair.

And another thing, what is it with men and scales? Every morning Marty jumps out of bed and rushes to the bathroom to get on the scales. Any and every scale he sees in private or in public, he gets on and weights himself. He compares the scales like they are fine wine. Can you imagine any mentally sane women doing that? We approach the scale as one would a death sentence. Once I was really sick and had to go see my GP. When the nurse said she wanted me to get on the scale I refused. I explained that seeing that number and feeling so bad would probably put me in the hospital. The nurse understood and she let it slide.

Today I have come to the only reasonable conclusion; we will never have full equality in this country until woman can lose weight as easily as a man. (And of course, have comfortable high heals) But until that day, I will repeat. It’s not fair.