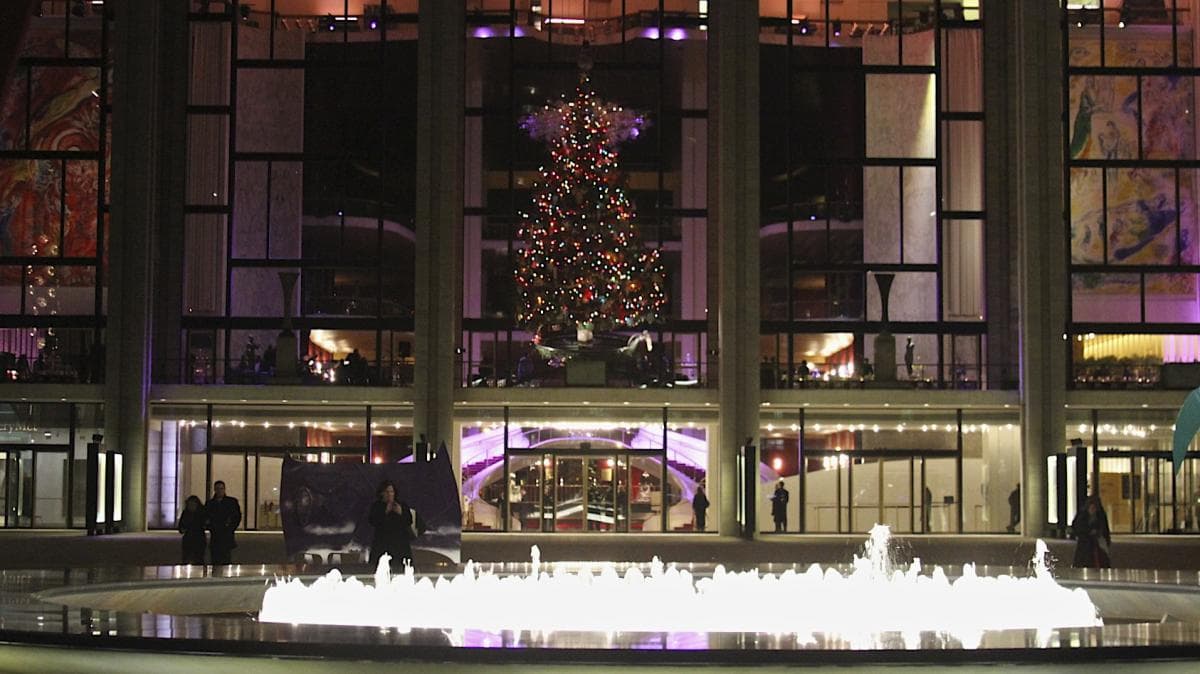 {Lincoln Center for the Performing Arts}

I love the idea of a New Year, that artificial time designation that makes all things new. The New Year forgives as a Priest forgives his flock during confession. We are now allowed to leave sinless and guilt free. January 1st is the day to just “let it go” and start anew. We can pack up the Christmas decorations and start the long awaited diet. It is January 1st and as the checkered flag waves in our rear view mirror, the green flag dips down.

I have a confession; I make New Year's resolutions. There, I said it. The process of making NYRs became part of my life when I worked as a professional sales person. As every sales person of a large organization knows, the first two weeks of January is the time when the regional sales manager pulls the sales team off the road and starts the arduous routine of crafting strategic account planners, 90-day plans and action list. It is an exercise that can be frustrating and rewarding at the same time. Frustrating because it keeps a sales person tethered to a desk filling out paperwork and rewarding because it can be an opportunity to define what is success and what steps are necessary to achieve that success.

Today, I have my own process for setting goals in my personal life. I take a day, January 1st, to reflect and review the previous year’s goals and craft new ones for the up coming year. January 1st became “the” day after reading one too many headlines about drunken New Year’s Eve revelers who get behind the wheel of a car and drive head on into oncoming traffic, killing the unsuspecting. So I settled on a night in because it just didn’t seem that important anymore to “Welcome the New Year” and then drive home with the “crazies”.

For me, it is just plain fun to set challenges for the upcoming year. I get up early, make a cup of tea and grab my computer with great excitement. Whether at home, in a hotel room in New York City or on an open balcony in St Lucia, this is my time to think and dream. In the beginning, my goals were mundane…lose 15 pounds and save money. But as my imagination expanded, so did my goals. I started to construct goals that spoke to my need to be part of a community and live a more deliberate life. My goals were more nuanced and rousing.

I won’t say that I successfully completed by December 31st everything that I stated I wanted to accomplish on the previous January 1st but I have been pleasantly surprised to see that even in those years that life took me in another direction, I did accomplish many of my New Year’s resolutions. I have learned that as I have been more willing to write down what I want to accomplish, I am more fruitful. Not all goals are completed but in all cases they are further along because I stated them “out loud”.

Now is the time to dream, think and plan. New Year’s Day is a true holiday, a day off that requires no obligation to be fulfilled; a free day to be used as one wishes. It is a time to organize and cleanse ones mind and life of the clutter built up during the past year.  For many people, making NYRs is an exercise in futility, a joke in the making but for me it is a hopeful promise that declares all things possible.