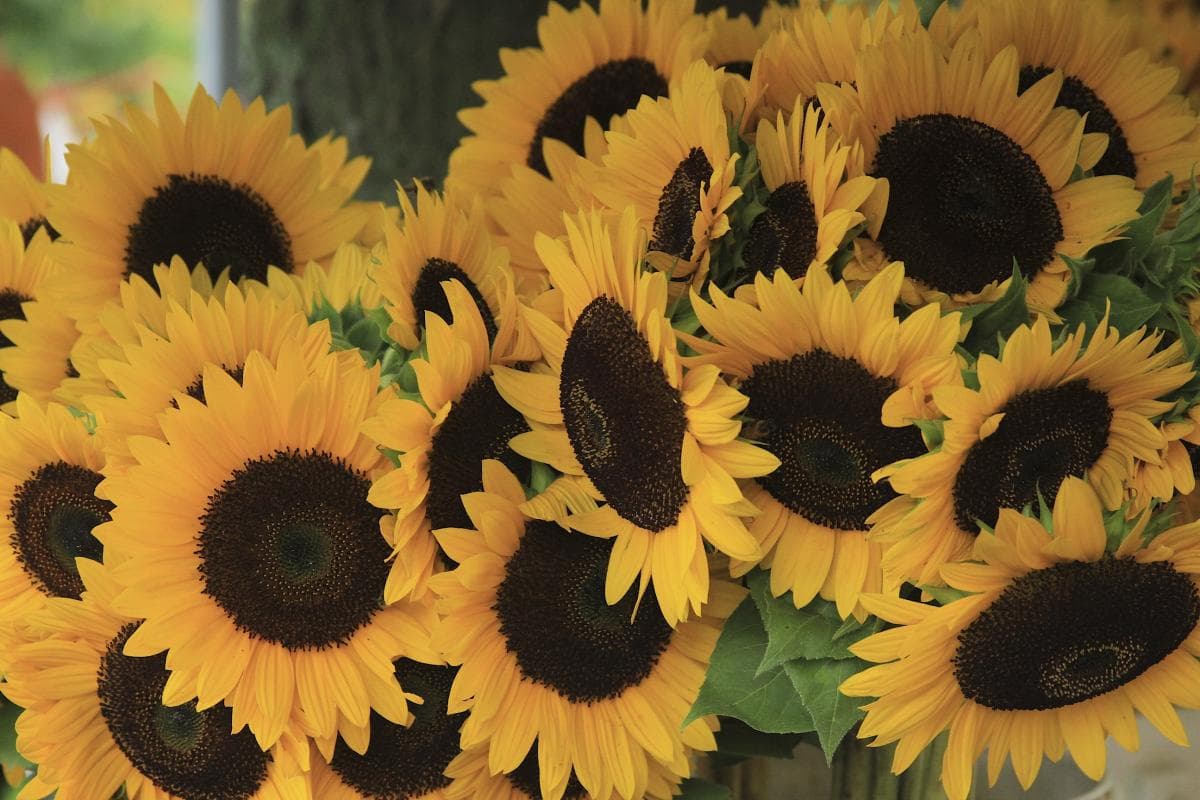 {Sunflowers in the Hamptons}

In Week 34 I looked at the impact of bad news on living an intentional life and how to get back on course. This week I discuss how crisis can be a prelude to creativity.

Have you ever noticed how after a war or military conflict a whole new crop of books are published by writers from those countries? The flash point of war compels them to tell the story of their people and homeland but they also have a need to "create" after so much destruction. Human beings are happiest when they are creating and building. Crisis is all about destruction and the elimination of the "old way" but it can also be a prelude to a period of creativity and rebuilding.

The turning point can be a crisis of faith, conscience, commitment or even a physical event such as a disease or death. Sometimes it doesn't even have to be happening to you. I have joked on numerous occasion that when my ex-husband had a mid-life crisis MY whole life changed. Think about your own life. Have you experienced a crisis? What did you do after the dust cleared? Did your life revert back to what it was before the crisis or did you embark upon a different, even more creative journey?

I am not advocating that we create a crisis to generate creativity and action. I am suggesting that you view the aftermath of a crisis as an opportunity. An opportunity to embrace the creativity that comes with change. Instead of continually lamenting what was lost, take the time to analyze what you learned from the crisis and put those lessons into action. As an example, 2008 started a financial decline that caught most people by surprise. But as the economy and personal income has improved many people are not just reverting back to the same patterns as before the Great Recession but actively creating a different, more value based life. Whatever turning point comes your way, focus on it as an opportunity to be more creative and build something spectacular.

Week 35 Assignment: Write down three time of intense difficulty that have occurred in your life and describe how your life changed because of those turning points. How did you apply the lessons learned from those events to your life.

Get caught up on the entire Intentional Living series: